We cordially invite everyone to participate in two meetings with pastor Derek Morris who unexpecte..
Media Team - 2015.10.19

When exploring and trying to understand Polish culture, the majority of the time the music of Fred..
Roman Chalupka - 2015.10.08

Watch now newest sermons from 3rd of October presented by pastor Michael Mohanu. Go back to top of..
Tomek Chalupka - 2015.10.08

Robots will not take over the world

Evidences for a young age of the earth and universe

No scientific method can prove the age of the universe or the earth. All calculated ages involve m..
Don Batten - 2015.09.23

Watch now newest sermons from 19th of September presented by elder Peter Hughes. Go back to top of..
Tomek Chalupka - 2015.09.22 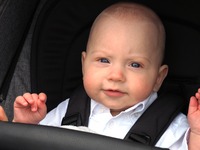 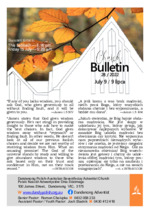