Wahroonga, New South Wales — In the wake of a cholera outbreak in Haiti that has killed more than 300 people and sickened thousands, the Adventist Development and Relief Agency (ADRA) is ramping up efforts to prevent the spread of disease to vulnerable populations in Port-au –Prince. 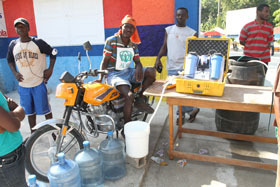 “The cholera outbreak in Haiti is the worst case scenario,” said Fritz Bissereth, country director for Haiti. “We could not be unconcerned about these particularly difficult moments in the life of the country.”

As a result, ADRA is focusing cholera awareness efforts in various camps in Carrefour, a neighbourhood of Port-au-Prince where thousands of displaced persons have been living in makeshift shelters since the deadly January 12 earthquake.

Using live drama presentations, pamphlets and posters in the local Creole language, ADRA staff and volunteers have instructed residents on the dangers of cholera and prevention practices. In addition, hand sanitizers and a total of 2,880 water purification tabs have been distributed to camp residents – enough to purify more than 28,000 litres of water.

In the displaced person camp on the campus of the Haiti Adventist University, ADRA has conducted cholera training for the camp management team and continues the distribution of Oral Rehydration Salts (ORS) to the more than 500 families who remain.

In an effort to reduce the effects of the outbreak in hard-hit Artibonite Department, located north of the Haitian capital, ADRA and the Seventh-day Adventist Church in Haiti are sending 10 Trekker mobile water purification units to help ease the demand for clean water in the area. Each mobile unit, which is powered by a motorcycle, can purify 240 litres of water per hour.

There is a growing concern that the disease, which can kill within hours if left untreated, could spread to the densely populated Port-au-Prince area where thousands are living in squalid camps with little access to clean water and food.

Cholera is an acute diarrheal infection caused by ingestion of food or water contaminated with the bacterium Vibrio cholera. According to the World Health Organization (WHO), cholera can kill within hours if left untreated. Up to 80 percent of cases can be successfully treated, however, with oral rehydration salts, WHO reports.

ADRA Australia works with people in poverty and distress to create just and positive change through empowering partnerships and responsible action. ADRA Australia is part of the international ADRA network, which has a presence in 125 countries. For more information on ADRA’s disaster relief and development work visit www.adra.org.au or call 1800 242 372 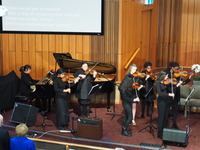 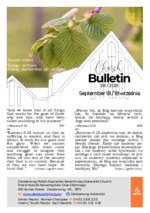