By James Foard
Who really opposed Darwin? Popular beliefe has it back to front...

In Discover Magazine March, 1998, an article by Matt Cartmill used the term ‘holy war’ to describe the current campaign against Darwin. He said that these ‘crusaders’ were not only Christians, but some of ‘the multicultural left’. Such emotive terms conjure up images of militant crowds of angry fanatics on a book burning crusade, marching through the streets on a jihad against the infidel.

Cartmill assumes that no intelligent, reasonable person could possibly have any serious doubts about evolution purely from a scientific point of view. The article starts with the declaration, ‘As far as we can tell, all of Earth’s living things are descended from a distant common ancestor that lived more than three billion years ago …’.1 Darwin’s theory, he says, has ‘been the accepted wisdom for more than a hundred years.’

That sounds powerful, doesn’t it? Accepted wisdom. The ultimate in peer pressure. Where would we be without it? If only Copernicus and Galileo had listened to ‘accepted wisdom’ in their day, we wouldn’t have this confusing sun-centred view of the solar system gumming up our astronomy texts. Hmm.

The thrust of the article is that most of the opposition to Darwin’s theory comes from angry, conservative, Christian anti-evolutionists, and that this sad situation goes back all the way to 1859, when Darwin published his Origin of Species. In reality, however, it was the scientific folk who didn’t believe in Darwin back then, but the religious folk just lapped it up like a bear goes for honey!

Sir John Herschel, famous mathematician, astronomer and Fellow of the Royal Society, disliked Darwin’s theory so much that he called it ‘the law of higgledy-pigglety [sic]’.2 The brilliant physicist James Clerk Maxwell strenuously opposed Darwinism.3 Renowned science philosopher William Whewell, author of the classic The History of Inductive Sciences, wouldn’t even let Darwin’s book into the Cambridge library.

There were many others, such as Adam Sedgwick the geologist (who taught Darwin the elements of field geology) and Andrew Murray the entomologist, who all decided firmly against Darwin’s theory. Sedgwick even wrote to Darwin after he read his book, telling him, ‘I have read your book with more pain than pleasure. Parts of it I admired greatly, parts I laughed at till my sides were almost sore; other parts I read with absolute sorrow, because I think them utterly false and grievously mischievous.’4

Ever wonder where we got the word dinosaur from? It was coined by Richard Owen, the Superintendent of the Natural History Department of the British Museum. Owen opposed Darwin’s work so much that in 1863, Darwin wrote to fellow evolutionist Huxley saying how upset he was with Owen’s criticism: ‘I am burning with indignation … I could not get to sleep until past three last night for indigestion.’ Later on, Darwin again expressed his feelings about Owen to his friend Hooker: ‘I believe I hate him more than you do.’5

This sounds more like it was the evolutionists who were the angry reactionaries.

Louis Agassiz, the founder of modern glacial geology, and Louis Pasteur (who pioneered immunization, developed the Law of Biogenesis—life comes only from life, the fundamental law of biology—and has often been called the greatest scientist of the 19th century) were both strenuously opposed to Darwin’s theory.

While all these scientists were lining up against Darwin, do you know something? There were many religious people in Darwin’s corner, cheering him along as if he was preaching the Gospel.

There was a famous preacher named Kingsley, who sent Darwin a letter congratulating him on the publication of his book. Another preacher called Josiah Strong wrote a famous pamphlet called America’s Destiny, where he said that Scripture and evolution go hand-in-hand. Others in the British Isles to praise Darwin were Frederick Farrar, James Orr, and Henry Drummond, all famous preachers during Darwin’s day. In America, A.H. Strong and Henry Ward Beecher championed evolution as a valid idea whose time had come.

When Darwin died, the accolades poured in from the churches. According to two historians, Desmond and Moore, the Church Times praised Darwin so much that they were ‘lost for epithets – patience, ingenuity, calmness, industry, moderation. Others added the Pauline graces, perseverance and faith, and depicted him as a “true Christian gentleman?”’.6

They go on to report that some religious people said that when Darwin was buried in Westminster Abbey, ‘Westminster did not bestow dignity on the naturalist [Darwin] from Down. His body was hallowed already.’ According to Desmond and Moore, The Times reported that, ‘The Abbey needed it more than it needed the Abbey.’ They said ‘This saintly man, who had “borne the flag of science,”’ … gave the Abbey “an increased sanctity, a new cause for reverence”.’7

It’s hard to imagine any Christian leader being given such a profusion of Christian accolades as Darwin received. In spite of the fact that, two years before he died, Darwin wrote, ‘I do not believe in the Bible as a divine revelation, & therefore not in Jesus Christ as the Son of God.’8 Darwin had long realised that his message would corrode the very core of Christian belief.9

So it seems like we’ve gotten things all twisted around now as to who supported Darwin, and who was against him, but who am I to say that Discover author Cartmill didn’t do his homework? After all, he was only following the ‘accepted wisdom’ … wasn’t he? 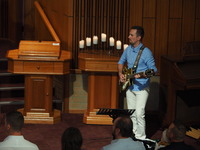 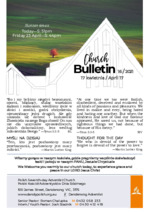