Evidences for a young age of the earth and universe

No scientific method can prove the age of the universe or the earth. All calculated ages involve making assumptions about the past: the starting time of the ‘clock’, the speed of the clock and that the clock was never disturbed.

There is no independent natural clock against which we can test the assumptions. For example, the amount of cratering on the moon, based on currently observed cratering rates, suggests that the moon is quite old. However, to draw this conclusion we have to assume that the rate of cratering has always been the same as it is now. There is now good reason to think that cratering might have been quite intense in the past, so the craters do not indicate an old age at all.

Age calculations assume the rates of change of processes in the past were the same as we observe today—called the principle of uniformitarianism. If the age calculated disagrees with what the investigator thinks the age should be, he/she concludes that the assumptions did not apply in this case, and adjusts them accordingly. If the calculated result gives an acceptable age, the investigator accepts it.

Examples of young ages listed here also rely upon the same principle of uniformitarianism. Long-age proponents will dismiss any evidence for a young earth by arguing that the assumptions about the past do not apply in these cases. In other words, age is not really
a matter of scientific observation but rather an argument over our assumptions about the unobserved past.

We cannot prove the assumptions behind the evidences presented here. However, such
a wide range of different phenomena, all suggesting much younger ages than are generally assumed, makes a strong case for questioning those ages (about 14 billion years for the universe and 4.5 billion years for the solar system).

A number of the evidences don’t give an estimate of age but challenge the assumption of slow-and-gradual uniformitarianism, upon which all deep-time dating methods depend. They thus bring into question the vast ages claimed.

Creationist scientists discovered many of the young age indicators when researching things that were supposed to ‘prove’ long ages. There is a lesson here: when skeptics throw up some challenge to the Bible’s timeline, don’t fret over it. Eventually that supposed ‘proof’ will likely be overturned and turn out to be evidence for a younger creation. On the other hand, with further research some of the evidences listed here might turn out to be ill-founded. Such is the nature of historical science, because we cannot do experiments on past events.1

In the end, the Bible will stand vindicated and those who deny its testimony will be confounded. That same Bible also tells us of God’s judgment on those who reject His right to rule over them. But it also tells us of His willingness to forgive us for our rebellious behaviour. The coming of Jesus Christ (who was intimately involved in the creation process at the beginning (John 1:1–3)) into the world, has made this possible (see p. 18).

Here are 18 evidences from various fields of science. See creation.com/age for 101 evidences (literally!). 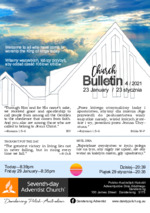