This question is a major objection that atheists put forward to justify their disbelief. Bertrand Russell (1872–1970), a famous British philosopher, in his influential little essay, Why I am not a Christian, put this forward as his first objection.1 Today’s atheists repeat the objection, including Richard Dawkins (The God Delusion) and Australia’s own Philip Adams at the 2010 Global Atheists’ Congress in Melbourne Australia, who said,

“The great argument for God was that there had to be a Creation, a beginning. … But my objection was simple. If God was the beginning who began God?”2

The universe had a beginning; almost no one disputes that, because the laws of thermodynamics demand it: the universe is running down and it cannot have been running down forever, or it would have already run down. No stars would be still churning out energy and we would not be here.

Some have proposed one universe giving birth to another, but again, there cannot be an infinite series of such births and deaths, as each cycle must have less energy available than the last and if this had been happening for eternity, the death of everything would have already happened.

There must have been a beginning.

This principle of causation is so fundamental that if I said that the chair you are sitting on, which must have had a beginning, just popped into existence without any cause, you might justifiably think I need a psychiatric assessment!

Today’s atheists, who like to use words like ‘rational’, ‘reasonable’ and ‘scientific’ in describing their beliefs, believe that the greatest beginning of all—that of the universe—had no cause whatsoever! Some admit it is a problem, but they claim that saying ‘God did it’ explains nothing because you then have to explain where God came from. But is this a valid objection?

What must the cause of the universe have been like?

The cause of the universe must have been non-material because if the cause was material / natural, it would be subject to the same laws of decay as the universe. That means it would have to have had a beginning itself and you have the same problem as cycles of births and deaths of universes. So the cause of the universe’s beginning must have been super-natural, i.e. non-material or spirit—a cause outside of space-matter-time. Such a cause would not be subject to the law of decay and so would not have a beginning. That is, the cause had to be eternal spirit.

Furthermore, the cause of the universe had to be incredibly powerful; the sheer size and energy seen in the universe together speak of that power; there had to be a sufficient cause.

That sounds like the God of the Bible to me. The Bible reveals the Creator of the universe as:

eternal
Before the mountains were brought forth,
or ever you had formed the earth and the world,
from everlasting to everlasting you are God. (Psalm 90:2)

all-powerful
Yours, O LORD, is the greatness and the power and the glory and the victory and the majesty, for all that is in the heavens and in the earth is yours. Yours is the kingdom, O LORD, and you are exalted as head above all. Both riches and honour come from you, and you rule over all. In your hand are power and might, and in your hand it is to make great and to give strength to all. (1 Chronicles 29:11–12)

spirit (non-material)
God is spirit, and those who worship Him must worship
in spirit and truth. (John 4:24)

Note that the Bible says, “In the beginning God created the heavens and the earth” (Genesis 1:1). Here God created time itself. Only One who is outside of time, that is, timeless, or eternal, could do this.

Now to ask where someone who is eternal, someone who had no beginning, came from (‘Who created God?’) is like asking, ‘To whom is the bachelor married?’ It is an irrational question.

The Bible matches reality, which is not surprising when we consider that it claims to be from the Creator Himself.

Two ‘great beginnings’—without any cause!

Even the simplest single-celled life is stupendously complex. A humble bacterium is full of incredibly sophisticated nano-machines that it needs to live.3 A cell needs a minimum of over 400 different proteins to make the machines that are absolutely essential for life.4 How could these protein-based machines make themselves, even if all the right ingredients (20 different amino acids, but many of each) could make themselves? The amino acids, often thousands of them, have to be joined together in the correct order for each protein to function.

Just think about one essential machine that copies the DNA instructions for making each protein.5 Then let’s take just one protein component of that machine, less than 10% of the total. This protein is 329 amino acids in length. What would be the chance of getting this one protein by chance, assuming that the correct, and only the correct, amino acid ingredients were present? Calculate it this way: 1/20 x 1/20 x 1/20 … 329 times!6 This is a probability of 1 in 10428 … a number with 428 zeros after the 1! Even if every atom in the universe (1080—a number with 80 zeros) represented an experiment for every molecular vibration possible (1012 per second) for the supposed evolutionary age of the universe (14 billion years=1018 seconds), this would allow ‘only’ 10110 experiments—a long, long way short of the number needed to have a ghost of a chance of getting just this one protein to form,7 let alone the over 400 others needed.

It’s no wonder that Richard Dawkins admits that scientists might never work out how life could arise by natural processes. Nevertheless, he rejects the creation explanation for the fallacious reason above.

Now what sort of cause is sufficient to explain the origin of life? The cause must be incredibly intelligent—far beyond our intelligence. We marvel at the scientists who are discovering the nano-technology in living things—and it is an astonishing enterprise. But what of the One who invented these things? How much more intelligent is He? This reminds me of another characteristic of the God whom the Bible reveals: He is omniscient (all knowing). See Psalm 139:2–6; Isaiah 40:13–14.

We know sufficient about the Creator from His creation to be “without excuse”.
Romans 1:18–22 says,

“For the wrath of God is revealed from heaven against all ungodliness and unrighteousness of men, who by their unrighteousness suppress the truth. For what can be known about God is plain to them, because God has shown it to them. For his invisible attributes, namely, his eternal power and divine nature, have been clearly perceived, ever since the creation of the world, in the things that have been made. So they are without excuse. For although they knew God, they did not honor him as God or give thanks to him, but they became futile in their thinking, and their foolish hearts were darkened. Claiming to be wise, they became fools … ”

And here the Bible explains why otherwise intelligent people choose to believe impossible things—that firstly the universe, then life, just popped into existence without any adequate cause. They choose to illogically accept that their two ‘great beginnings’ had no sufficient cause, rather than acknowledge and honour their Creator.

1. Bertrand Russell is respected for his skill in logic and philosophy, especially as applied to
mathematics, but this rant against God is not at all logical.
2. Adams, P., The atheist delusion (an edited version of a speech Phillip Adams gave at the 2010
Global Atheist Convention); abc.net.au/news/stories/2010/03/19/2850137.htm.
3. Smith, C., Fantastic voyage: Can the theory of evolution stand the test of modern science?
Creation 30(1):20–23, 2007; creation.com/fantastic-voyage.
4. This is the minimum required for self-reproducing life, which is necessary before evolution can
even theoretically get started. See Sarfati, J., How simple can life be? 14 February 2006.
5. RNA polymerase; see www.mun.ca/biochem/courses/3107/Lectures/Topics/RNAP_bacterial.html.
6. There is a little flexibility in the order, so it could be a little less than 329, but not much less,
and I have chosen only 10% of one molecular machine to illustrate the point. For a detailed
study of how much flexibility there is in the amino acid order for a functional protein see:
Truman, R., The ubiquitin protein: chance or design? Journal of Creation 19(3):116–127, 2005;
creation.com/ubiquitin.
7. Even if the universe were 10 times bigger and 10 times older, this only makes it 10112 experiments.
No matter how you jiggle the numbers, the number of possible experiments comes up way short. 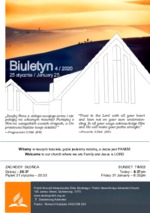