Where Does God Sit?

By Trent Martin
A few years ago, I hit a point in my Christian walk where I was really struggling. My relationship wi

A few years ago, I hit a point in my Christian walk where I was really struggling. My relationship with God was weak and thin, my learning from the Scriptures lacked passion, and my satisfaction with life was low.

Does that description sound at all familiar? It’s quite common among Christians today. So the question comes, “what causes a Christian, who has had amazing experiences with God, and been transformed by the teachings of the Bible, to now be in a position where he feels stale, cold and empty? 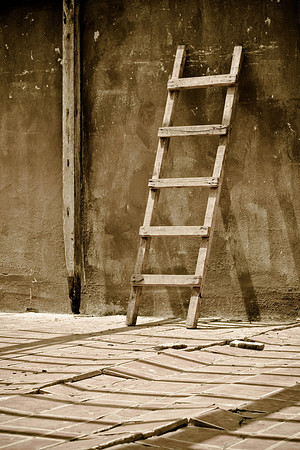 It all started a year prior. While attending a seminar in late 2008, I got excited. The speaker showed article upon article to prove his points. He spoke enthusiastically, persuading the entire audience that the world was extremely close to its end, and that an examination of current world events and conspiracy theories proves this fact. His ideas were contagious, and ignited an urgency inside me that was hard to put out. Soon, I was searching the internet, combing through conspiracy theories, and watching countless DVDs (you know the ones), searching to satisfy my desire for more understanding about events I was sure would soon come to pass.

I started telling my friends and family, imploring people to jump on board, to believe. Those who denied the theories incited my frustration, and I debated them fiercely. Indeed,  my quest for prophetic knowledge became a “hobby horse”, which consumed my conversations and my time.

And as I became more and more obsessed with prophecy, I found myself dwelling less and less on Jesus. For my first four years as a Christian, Jesus had been my best friend. Now, He was being replaced with a newer, more exciting focus. It consumed my time, excited my mind, and made me feel alive!

Things continued like this for about a year, until one day a comment came from one of the wisest people I know. My mother said to me, “You know, Trent, you haven’t been the same lately. How’s your heart?” Her words shocked me. “Have I really changed that much?” I asked myself.

As I pondered this question over the following weeks and months, I began to realise where I had tripped up. As I became increasingly focussed on prophetic predictions, my interest in Jesus dwindled. Rather than Him satisfying my desire for spiritual invigoration and change, something else had come along, good as it seemed, and led me down a path without Christ.

Jesus said something about this once. He said, “No one can serve two masters; for either he will hate the one and love the other, or else he will be loyal to the one and despise the other.” Now, He wasn’t suggesting that He must be the only priority in your life. Rather, Jesus’ point was that He should be your master. Commander of your life, captain of your ship, driver of your car. His words were true then, and they are true today.

Whenever you’re struggling in your relationship with God, picture a ladder. On each step of that ladder, place your priorities in ascending order. Then, wherever God is on that ladder, ask yourself, what is sitting on the steps above Him? If there’s some other interest, desire, sin, or person that has swindled its way onto a step above God, then perhaps that’s the problem. Take those priorities and find a lower place for them, or just throw them away.  Always keep God on that top step.

If you regularly ask the simple question, “where does God sit on the ladder of my life?”, you’ll come a long way to avoiding the path that deceived me for so long.

Photo:
"The Ladder" by geezaweezer licenced under CC BY 2.0 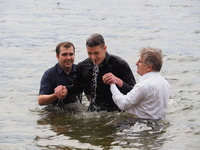 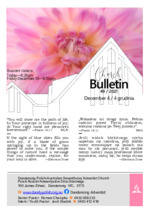