Nowak was to attend IRLA meeting of experts in Sydney

Karel Nowak, Public Affairs and Religious Liberty director for the Seventh-day Adventist Church's Euro-Africa Division, died while swimming in the ocean off the coast of Australia this morning.

Nowak, 60, was snorkeling with colleagues off the coast of Cairn, Queensland. A rescue helicopter brought him to Cairns Base Hospital, where he was pronounced dead, said Corrado Cozzi, Communication director for the Euro-Africa Division, based in Berne, Switzerland.

Nowak was to attend next week's International Religious Liberty Association's 13th Meeting of Experts, held this year at the University of Sydney School of Law. It begins August 21.

"This is a loss for the religious liberty family," said John Graz, IRLA secretary-general. "Karel was excellent in his work and we looked at him as one of the best defenders of religious freedom."

As PARL director in Euro-Africa, Nowak represented the denomination as a religious liberty advocate both at local and continent-wide meetings, including European Parliament in Brussels and at the Economic and Social Council of the United Nations in Geneva.

"I am convinced that all churches and religious communities should have the same rights and responsibilities toward the society represented by the state," Nowak told ANN in 2003 following a meeting with leaders of the Czech Republic.

Nowak was born December 10, 1951 in Velopoli, Moravia, Czech Republic. He originally trained as a tinsmith but later studied theology and graduated from Andrews University in the U.S. state of Michigan with a Master's of Divinity degree, Cozzi said.

Nowak pastored a church in the southern Moravia town of Znojmo from 1973 to 1978, and later directed the Czechoslovakia Publishing Department of the Adventist Church before serving as president of the Czechoslovakia Union from 1989 to 2004. He served as PARL director at the division beginning in 2005.

He is survived by his wife, Dana, and their three children. 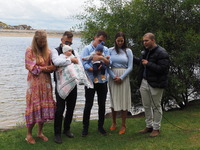 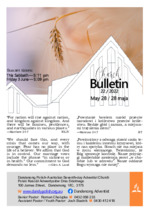